When Masih Alinejad was a girl in the tiny Iranian village of Ghomikola, her father — who eked out a living selling chickens, ducks and eggs — once brought home a thick yellow stick. Her mother, the village tailor, cut it into six tiny pieces at her husband’s instruction. Each child got one, including the youngest, our author. The yellow stick was a banana, a fruit that the poor family had never seen or tasted. Alinejad, the rebel of the lot, didn’t listen when told to throw the skin away; she sneaked it to school the next day to show off to her friends.

She got away with it, but the episode was a precursor of what is to come; hers is a life of rebellions big and small followed by ignominious and sometimes draconian punishments. At 18, Alinejad, who would ultimately rise from her humble beginnings to become one of Iran’s top journalists, is carried off to prison. She has been stealing books and carrying on with a ragtag group of feverish ideologues whose crime is printing pamphlets calling for greater dissent in Iranian society. It is enough to get them all arrested.

When Alinejad is finally let out, she is a changed woman — and not only because of the imprisonment. She is also pregnant, a fact that she discovers during her internment. The father is her fiancé. Iranian marriages are two-part affairs; though the legal portion of theirs is complete, the traditional reception has not taken place, which means her parents regard the couple as just engaged. Her pregnancy, therefore, is a scandal. Alinejad, stubborn as well as rebellious, is not terribly bothered. “I still don’t want a wedding. I hate weddings,” she insists to her father when she finds out about the rushed face-saving feast he has arranged. “It’s not for you,” he tells her. “The wedding is for the family, to show that we have raised a fine daughter, even though you’ve given us so much grief.”

There is more grief on the way. The marriage, which gets Alinejad out of the tiny village of Ghomikola, does not last. Her poet-husband runs off to marry a woman he met at a literary salon, leaving Alinejad alone with a small child in Tehran. At the divorce trial, the odds are stacked against her. “I don’t want his money,” she proudly tells the judge, refusing the alimony that is due her. He denies her custody of her 3-year-old son anyway. “I was all by myself,” she writes. “It was September 2000, a week before my 24th birthday.”

The story of Alinejad’s rise and recovery from that dark moment is the anchor of “The Wind in My Hair.” Told poignantly and with a blunt honesty that seems a characteristic of Alinejad’s life and writing, here is a gripping tale that permits us to peek at the inner workings of the Iranian Revolution and consider the question of its health and longevity. 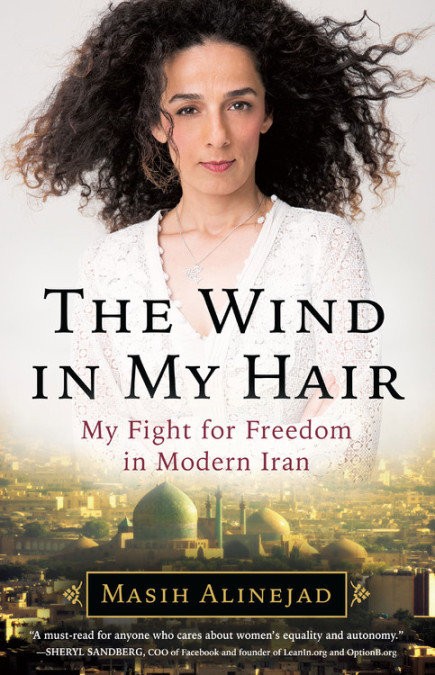 “I am a true product of the Iranian Revolution. My family are the Moztazfain, the ones who made this revolution, the bedrock of support for the Islamic Republic,” Alinejad declares while pleading her way into an intern position at a Reformist newspaper. It is a clever interjection; she gets the job and begins her near-meteoric rise from peasant girl with no diploma to intrepid journalist with guts of steel. After thwarting the harassing caresses of the man who hired her, she becomes a reporter at the Iranian Majlis, or parliament, posing her prescient questions to the most important men in Iran. “All revolutions devour their children,” she declares in an interview with the legislature’s speaker, “so which one are you? The one who gets devoured or the one who devours?”
Not even the president intimidates her. Hanging out in the hallways in the days after the 2003 Nobel Peace Prize is awarded to Shirin Ebadi, she encounters none other than the entourage of President Khatami. “Mr. Khatami, the whole world has been congratulating Shirin Ebadi. Do you intend to congratulate your fellow citizen?” she yells over her counterparts. President Khatami hears the question, but it annoys him. His peeved response, uncharacteristic for him, catapults Alinejad to journalistic notoriety; now even the president’s brother recognizes her in the hallways of the Majlis. She has come a long way from her days of sneaking banana peels.

The easing or tightening of restrictions on women’s dress, Alinejad notes, is a barometer of Iranian politics; when a new, less reformist Majlis is elected, for instance, women reporters receive admonitions to improve their appearances. One day it is Alinejad’s turn. A plump cleric shakes a fist at her and yells, “Cover your hair, or I’ll punch you out of here,” when he sees a tiny bit of hair escaping from her hijab. We should all know what happens next. Alinejad, ever the reactionary, yells back: “All this fuss about two strands of hair. You should be ashamed of yourself.” The ensuing altercation has to be broken up by others. “I’m going to teach you a lesson,” the cleric says as he walks away.

It is bitter vengeance. Not long after, Alinejad loses her press pass. She continues to write ever more incendiary articles, getting scoops that expose the graft and corruption of the overtly pious Islamic Republic, but she also begins a series of trips to London and ultimately finds exile in America.

It is while abroad that she founds the Facebook page “My Stealthy Freedom,” which encourages women to photograph themselves without their hijabs. The page, soon followed by hundreds of thousands of women, ignites a protest against compulsory headscarves.

Two-thirds of “The Wind in My Hair” is a story of a woman struggling against incredible odds, poverty, political repression and personal crises. It seems, until this point, a departure from the narrative arc that is often forced on Muslim woman memoirs, one that requires the proverbial (and literal) throwing off of the veil and an embrace of what are seen as Western values. Alinejad seems set to avoid this victim-turned-escapee trajectory and she very nearly does. One believes her when she expresses the granular and grass-roots nature of the Iranian movement against the compulsory hijab, and one also believes her detractors who say, “You think we don’t have bigger problems than compulsory hijab?” In both is a prescient exposé of the cruelty of paradigms, the constrictions of the Muslim woman liberation tale and the often maddening centrality of the veil within it.

“The Wind in My Hair” exposes just how vexing it is to disentangle the veil from the context in which it is worn and thus to wage a transnational fight either for its permissibility or its elimination. Now in exile, Alinejad, a woman of exceptional courage, must face the tragedy of being territorially torn from a struggle that is uniquely Iranian and also crucially feminist. In Trump’s America, the agenda of “My Stealthy Freedom” confronts the further danger of being sucked into the maw of a massive American warmongering machine, eager to drop bombs, to eliminate veils and mean Muslim men. This is not Alinejad’s goal, and she tries mightily to articulate the difference, the possibility, of opposing both those who enforce the veil and those who wish to ban it. Born as it is in a world carved into binaries, blue or red, reformist or conservative, “The Wind in My Hair” will likely be judged not on its nuance but on which cruelty, that of the imposed veil or that of the banned veil, cuts more, not on how far Alinejad has come but on how far she still has to go.

Rafia Zakaria is an attorney and the author of “The Upstairs Wife: An Intimate History of Pakistan.” 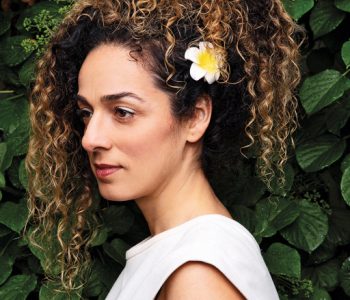 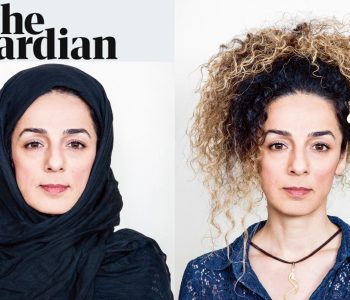 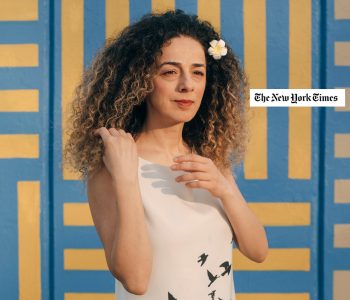 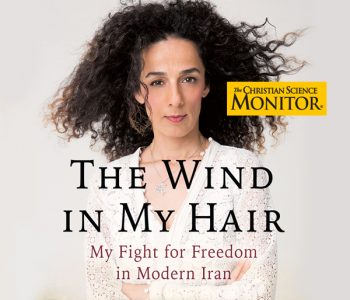 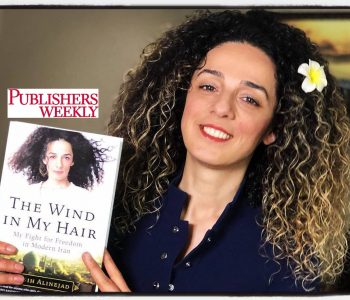 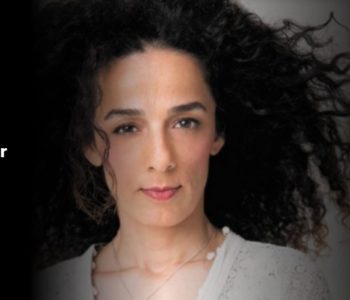 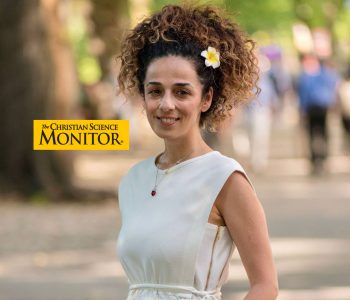